Valentina Pedicini: the acts of faith of the warrior monks

A community of secular monks lives in an isolated monastery on the Italian hills, identifying themselves as Christians and practicing the martial arts. The call themselves Warriors of the Light and for the past 20 years have been aiming to physical and spiritual perfection through exhausting training and obsessive practices. The body is taken to its extremes in order to forge the soul though discipline and meditation, living in a world of abnegation which looks incomprehensible to many. They give up to the outside world and to themselves as well, they give up to colors (they can only wear in white) in a suffocating research for purity which pushed them to run away from the contaminations of the world. They spend their days between prayers, extreme training, unrestrained dances and vaguely-oriental rituals.

These warrior monks are the protagonists of Valentina Pedicini’s latest documentary Faith, presented in the Berlin Critics’ Week after its world premiere at IDFA in Amsterdam. The director lived side by side with them for many months, sharing the daily life of the community (counting 22 people as of today) led by a guru-master who is also a former kung fu champion. “Faith was conceived as a visual and emotional experience in the life and the psyche of the monks – the director states – In order to achieve this result, it’s been fundamental to live with them and accept the strict rules that regulates their universe.” As a matter of fact, during their time in the monastery, the whole crew had to abide by a series of rules, including wearing white only and use specific clothes and shoes not to contaminate the place with impurities coming from the outside world. The documentary is shot in black and white (cinematography is by Bastian Esser), proving a consistent choice to describe such an exclusive and reclusive universe.

Faith is produced by Stemal Entertainment with Rai Cinema, with the contribution of Cinema and Audiovisual Directorate General – MiBACT, with the participation of IDM Sudtirol – Alto Adice, produced by Donatella Palermo (Oscar nomination and Golden Bear with Fuocoammare, Golden Bear with Taviani brothers’ Caesar Must Die).

How did you approach such a closed world and win their trust?

Time was key. My crew of four and I lived within the community for five months, in a dimension of total confinement. We spent an endless time together, like 15 hours per day to get 1 hour of shooting, but this was essential to tell the truth and tell it in an authentic way, to catch what was happening in front of our eyes.

Did you abide by specific rules to be welcomed by the community?

One of the rules was to wear in white like them. It’s been the most difficult thing to accept, because it felt like a form of de-personalization: we had to give up our clothes and wear a uniform. Their uniform.

What took you to explore such a radical world?

I entered this world wondering why, at a certain point in life, one decides to give up not only the outside world, but also a part of one’s own identity. It’s not only religious faith, but faith in someone. It’s been an interesting way to break down prejudices, because one often thinks that people who are involved in this kind of situation have big problems. Instead, these people belong to the middle-high class, some of them have a college degree and didn’t have huge problems in their lives. This makes the question of why one puts his own existence in the hands of someone else even bigger.

Why do you think the monks accepted to be filmed?

They accepted to be filmed for a very human reason. Eleven years ago, I made a short film about them. They hadn’t seen people from the outside world since then, so my return has been something very strong for them on a human level. Moreover, the Master was convinced that I was back because God decided it. I also think that, for the first time, he wanted to tell the story of this community outside of the monastery, for people to get to know it. I feel he gave me the chance to film a sort of testament of the community.

Have you ever been afraid that the community could be perceived in a distorted or ridiculous way from the outside world?

Not only my gaze doesn’t judge, but it tries to keep a balance, also visually, because I know there’s a risk to ridicule them. My effort was to find this balance in telling the truth without betraying the protagonists and, at the same time, taking them closer to the audience. I didn’t want it to be perceived as a film about a sect, but on a psychological mechanism.

The members of the community live in a sort of constant physical performance. How did you manage to bring out their human side?

Having such a strong relation with their body and its performance, they’re almost like actors. Once again, it was time and waiting for them to undress from that ongoing performance, that brought out the truth. I wanted them to step down from the stage they live daily, and remind there’s still something human in them. In this effort, kids showed an extraordinary power. Every time they arrived, I felt relieved. They are the only ones who are in contact with the outside world, who leave the community. It’s not by chance that the only gaze into the camera I didn’t edit out, was that of a little girl, which is a way for me to say that kids don’t lie and that that gaze is outside of the performance.

Which is the war they are getting ready for?

They believe in an apocalyptic dimension that will come in the future, and they are ready to fight it to defend us all. But the war that fascinated me the most, is the one they fight against themselves by giving up everything, until becoming an armored body wearing those uniforms.

Did they see the film? How did they react?

They screened the film in a theatre we rented for the occasion. It was the first time they went to the cinema after many years. It’s been very tough and emotional for them all, they all cried, also because they saw again Gabriele, who left the community a few months after the shooting. The Master told me it is a tough and violent film, but one that tells the truth, so he has nothing to complain about. 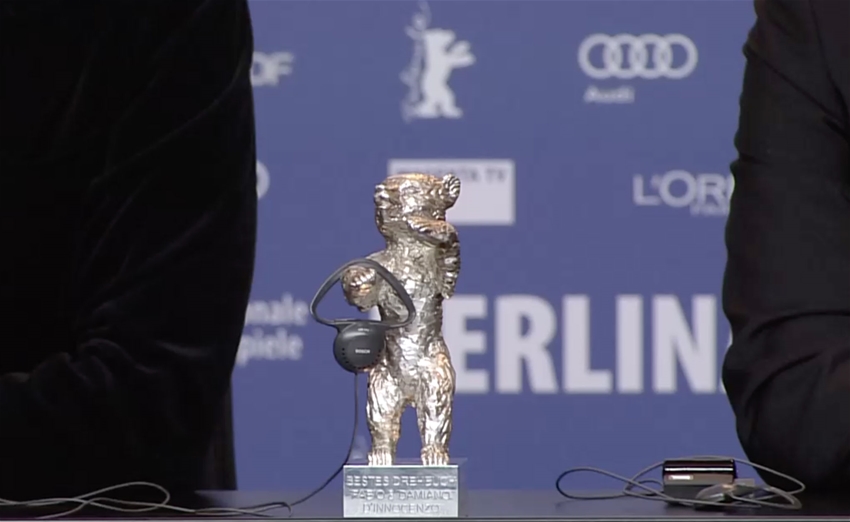 A triumph for Italian cinema at the 70th Berlinale: Silver Bear for Best Script to Fabio and Damiano D'Innocenzo for Bad Tales, and Best Actor Award to Elio Germano for Giorgio Diritti's Hidden Away 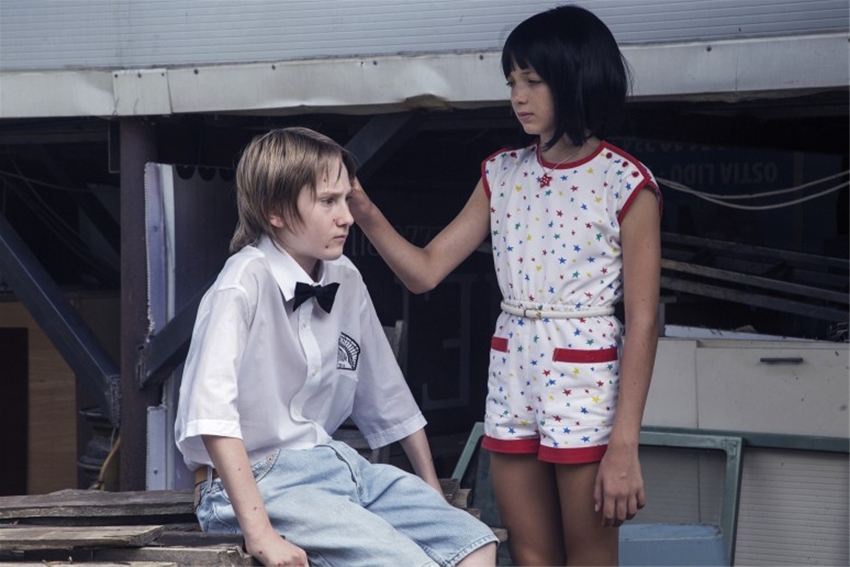 “A black tale, set in a seemingly normal world were the sadism of the fathers and the rage of diligent yet desperate sons silently hatch.” This is how Fabio and Damiano D’Innocenzo, 31-year-old Roman twins, sum up Bad Tales – their second film following Boys Cry – presented in competition at this year’s Berlinale.