Andrea Segre: a letter to his father from a locked-down Venice 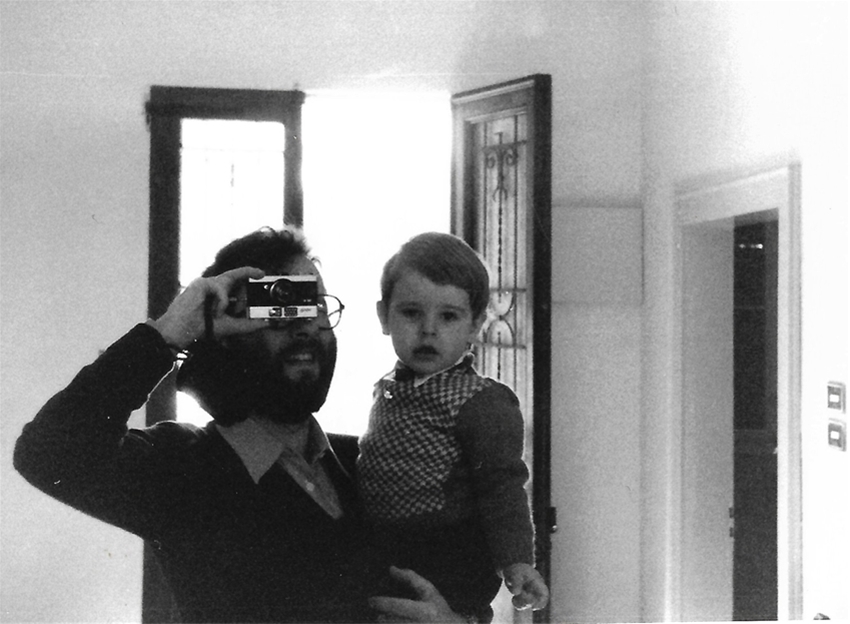 An intense letter to his father. As well as an exploration of Venice lagoon during its gloomiest days of the Coronavirus pandemic, to the discovery of beauty and emptiness. Even more, a documentary on the effects of mass tourism on a fragile city. Pre-opening film of the 77° Venice Film Festival, Molecole, by Andrea Segre, is an intimate and touching movie, composed of water and memories which reappear into silence and confinement. Together with his father Ulderico and his uncle Giuliano’s amazing Super8 shots, photographs stored in secrets drawers, forgotten glances and the unresolved relationship of the 44yrs old director grown up in Padova with his hometown city. Among the faces of Molecole Elena “Nena” Almansi, 24yrs old, a yoga expert that tours us around the magic of a city wounded by the high water and the invasion of an unwitting tourism. A film which evolved in the author’s hands, starting out as a cinema and theater double project and, during the lockdown period, becoming a reflection about the relationship with his father, a Venetian, scientist, man of few words, leaving behind many unanswered questions after his death.

Produced by ZaLab Film with Rai Cinema in association with Vulcano and Istituto Luce Cinecittà and in cooperation with Teatro Stabile of Veneto Carlo Goldoni, Molecole will be released on September 3rd by ZaLab in collaboration with Lucky Red.

At the end of February, during an unusual lifeless Carnival because of Coronavirus, Segre (Shun Li and the poet, First snowfall) was working on two projects. While he was filming though, the virus froze and emptied the city right in front of his eyes, giving it back to nature. Therefore, he remained in the family home where he had the chance to dig into memories. Ulderico’s personal archive in Super8 alternates with encounters with Venetian citizens and the director voice over, together with the music by Teho Teardo, gives birth to a unique vision of the lockdown.

It’s a very personal film, with a great issues’ complexity. How did you build the dialog with your absent father, passed away ten years ago?

I went into it with no understanding and without any rationalization. Everything that you see, has been filmed without thinking it would turn out to be a movie on my father. I lived, thought and dreamt during those days, but only when I came back to Rome I started understanding what was happening and then I began to open those drawers. My father entrusted one of my mother’s cousins with the Super8, then I found a few of my old letters to him which he failed to reply to, but still jealously preserved together with some pictures. Among the photos, two of them are representing me as a kid in his arms in front of the mirror, I already knew the one in which you can see both of our faces, but I didn’t know the second one…

How important has the lockdown been in allowing the start of this imaginary dialog?

None of this would have happened if this condition hadn’t come around, it’s unconceivable, a silence that tells so much and an emptiness from which the relation with my father’s silences and blanks flows. If I hadn’t been in Venice during those days, I would have never started this journey. It’s Camus’ unfathomable relationship with destiny, a writer loved by my father. Sometimes things happen which seem to be written for you. I had never taken the decision to live in Venice, my relationship with a city where you can barely move around it’s conflicting.

You went to Venice for other projects.

I was supposed to be in Venice from February 20th to March 20th. I was working on a project by Teatro Stabile of Veneto, my first theater direction with Andrea Pennacchi, an experimental work in dialog with cinema on the relationship between Venice and water, which will be staged on March 2021. The second project is a full-length film produced by Iole and Rai Cinema with production scheduled to start in October, which tells the story of three fishing brothers from Giudecca that need to decide what to do with their house, whether to use it for tourism or not.

As a matter of fact, Molecole also shows the environmental impact on a city like Venice and his residents.

This is not purely a Venice’s issue. Mass tourism has a serious environmental and anthropological impact on our lives everywhere. I believe that tourism and the emptying of historic centers in order to create availability for tourists is a serious problem. So far we only thought about keeping the economy working, but now we are facing an issue similar to the one of petrochemical during the 50’s: it is something that creates jobs at a very high cost. It’s true that stopping tourism means loosing jobs, because in Venice there are 40 thousands operators. But the city, that will elect the new Major on September 20th, has been questioning itself on this issue for a number of years, there are many civic movements. Structural decisions have to be made. Big economic interventions are at stake. For each day we have 120 thousands people in Venice, of which only 40 thousands are residents.

Talking about sustainability, during the lockdown period it seemed as if we learned to slow the pace of a society based on incessant consumption and failure to respect Earth’s resources. But now everything is going back to what it was before, with a complete lack of environmental awareness.

One of humanity’s ills is that we seem to learn a lot from tragedies, but in reality we go back to make the same mistakes over and over.  But we are also building some antibodies that protect us as we go. The 1900’s nationalism, racism, totalitarianism did not disappear, they are coming back in a karstic way, but we indeed built antibodies. I hope that this year, so powerful in showing mankind’s impact on nature and other men, will help us to build antibodies able to express that we will not go back to pump up as before. Cinema’s small contribution to this matter is to settle memories in order to give a meaning to what we lived. Every day life offers us a very hurried relationship with memory. In such a fast life and images’ production, cinema may be able to stop the run, giving us the chance for a better understanding.

What does opening the festival mean for you?

I am extremely happy that the festival is happening and is telling to the whole world that cinema belongs to movie theaters. We do not need to settle for watching movies at home alone. Theaters have an artistic and social value, which gives cinema a function that is more than just individual. This is a new start. We need to start off again without forgetting what happened and what has been.

Barbera confirmed as artistic director of the Venice Film Fest

Alberto Barbera has been confirmed as Artistic Director of the Venice Film Festival for another 4-year mandate. 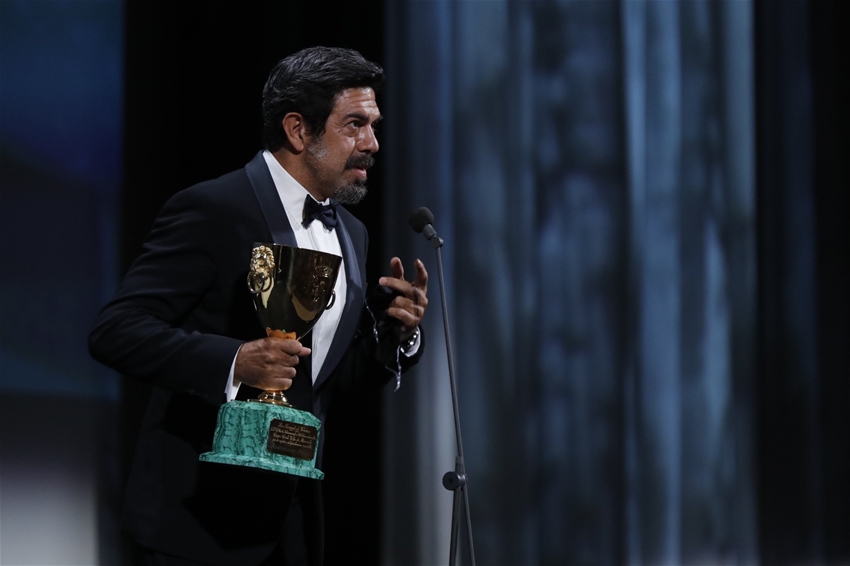 The Golden Lion goes to "Nomadland", Favino gets Best Actor

The Golden Lion of the 77th edition of the Venice Film Festival goes to Chloe Zhao's Nomadland starring Frances McDormand. Grand Jury Prize goes to New Order by Michel Franco, Best Director is Kurosawa Kiyoshi for Wife of a Spy 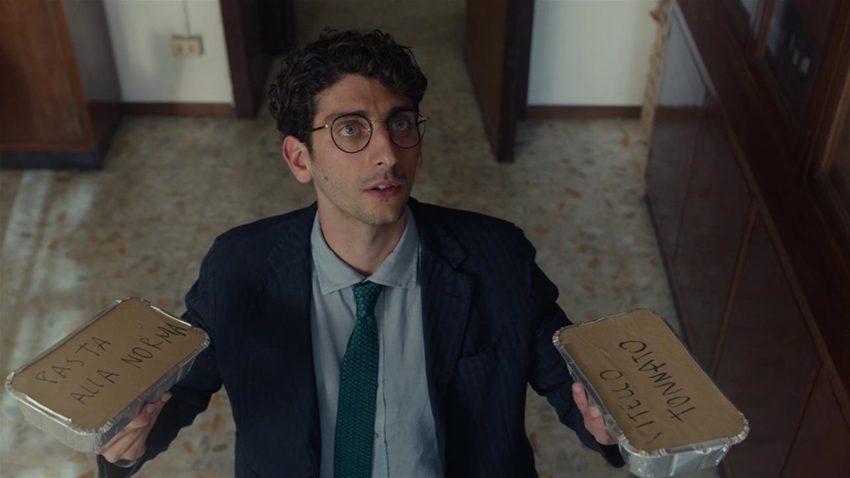 Castellitto: “The predators is an anti-bourgeoisie film more than an anti-fascism one”

A clock, a bomb, a prince, The predators– directing debut film by Pietro Castellitto, who also acts in it – comes full circle revolving around these three topics 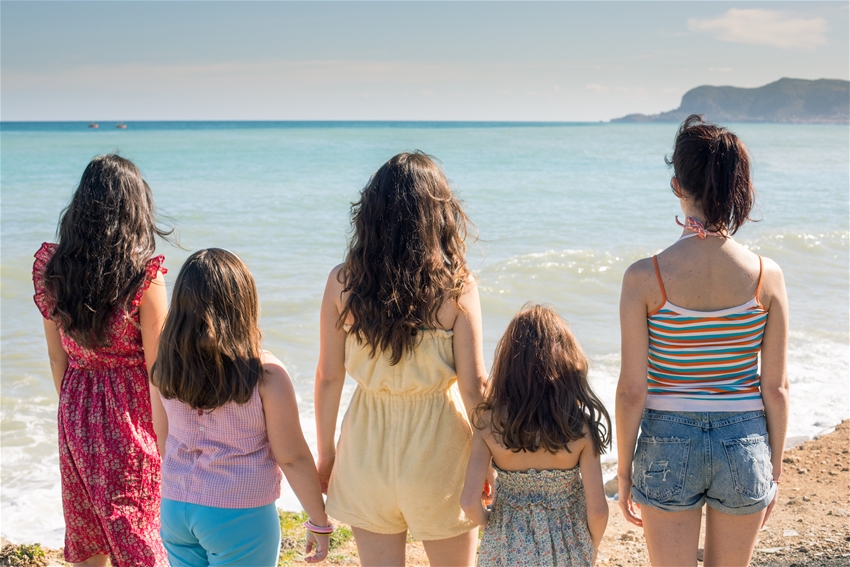 Emma Dante returns to Venice Film Festival In Competition, after seven years from A street in Palermothat won Elena Cotta a well-deserved Volpi Cup, with The Macaluso sisters