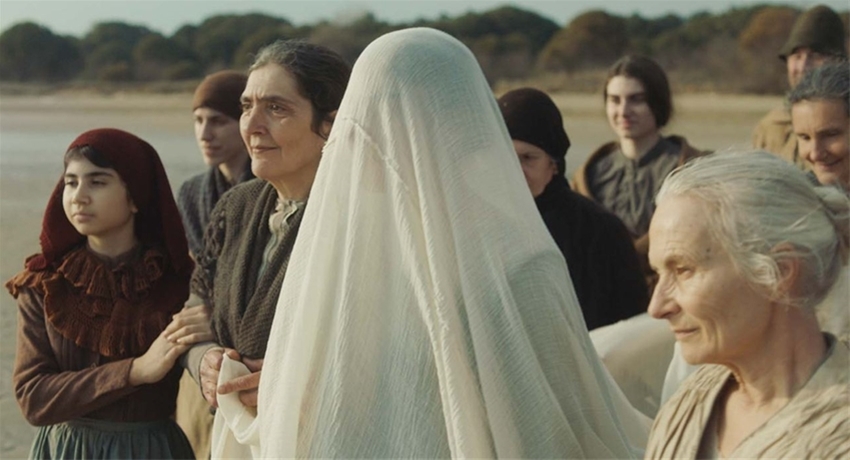 An island, a small portion of land surrounded only by water, during a winter at the beginning of the 20th century in North-Eastern Italy. Agata – played by newcomer Celeste Cescutti – gives birth to a stillborn baby girl. According to the catholic religion, the baby cannot be baptized: no name, no peace, a soul floating forever in the limbo. Only a miracle could give her dignity. With the small body hidden in a wooden box, mother Agata leaves on a journey towards a sanctuary in the mountains, where the baby can be brought back to life for just one beath and be baptized. On the road she meets Lince (played by Ondina Quadri), a wild and solitary human being who knows the way. Between diffidence and friendship, Lince offers to help Agata, but she wants to know what’s in the box…

A poetically powerful film, spoken in Friulian and Venetian dialects, Small Body by Laura Samani was presented in competition at the Semaine de la Critique of the Cannes Film Festival, and is also competing for the Camera d’or, the award for best first feature. Made over 5 years, the film is produced by Nadia Trevisan and Alberto Fasulo for Nefertiti Film with Rai Cinema, in co-production with France and Slovenia.

The film is both a dark fairytale and a prayer. Where did you get inspiration for this story?

I’m happy to hear that the film could be perceived as a prayer, I never thought of it. The origin of the film is strongly tied to my short film The Sleeping Saint that already included some of the themes, for instance the miracle, the rebellion again the religious dogma. Some time after the short, a Friulian man asked me whether I knew about the Trava miracles. I didn’t know anything about it so, exactly like Agata in the film, I discovered a place where miracles could happen. I went to visit it, because the sanctuary still exists, although it does no longer have its original function. I started to study the subject and I discovered that in France there are over 200 places like this. To the contrary, it’s quite shocking to realize that this ritual is so little known. We have theologians, historians and anthropologists who are very specialized, but I didn’t want to study it on the books. The most striking thing for me was that the journey was made by the men, because it was long and dangerous. But I couldn’t accept the idea of the mother left alone at home, in her bed with her prayers. Here is where everything started. The tone of the dark fairytale was absolutely my goal because, although the topic might be quite macabre, the film talks about loss, which is something that belongs to all people and I’d like the idea that this story could be told also to a kid. Just think of the tales by the Grimm brothers, whose function was to overcome the fears.

Agata climbs up the mountain as a form of ascension into Heaven. Is this interpretation correct? Or why did you start the film on an island and ends it on a mountain?

I wanted her to come from a faraway place, and that she could land somewhere which was not her territory. There’s a desire to create an ascension, but I see it as a chiasm: there’s a geographical ascension, but Agata’s journey is by all means a fall.

Are you a believer? And how did it influence the story?

Yes, I believe, but I’m not a Catholic. I come from a Catholic background, but I didn’t grow up in an environment similar to Agata’s. I believe in energies, in the return of things, I believe in good hearts. I am inhabited by Faith, not religion.

For the character of Lince, who is both male and female, you chose actress Ondina Quadri. How did you come up with this character, who would deserve a film of its own?

In the first version of the script, Agata was travelling alone and, honestly, it was a bit boring. So we decided to construct two characters like Yin and Yang, the female and male parts. Lince rejects everything that represents the female archetype. I know what was the origin of this character, but I still can’t tell who is really Lince. I’m not interested in labelling this character, which is fluid, and that’s the reason behind her survival. Lince changes, evolves, and is not condemned to choose.

Agata is not a less complex role. How did you meet Celeste Cescutti?

She attended an open casting in 2017. We had to shoot an ad and we were looking for someone. Honestly I was imagining another kind of Agata at first, more fragile, both emotionally and physically. Celeste is the exact opposite.  However, there’s a lot of the character in her. She’s a very dignified person, very shy and taciturn. My encounter with her was critical, because I realized that Agata was not as I imagined her before. 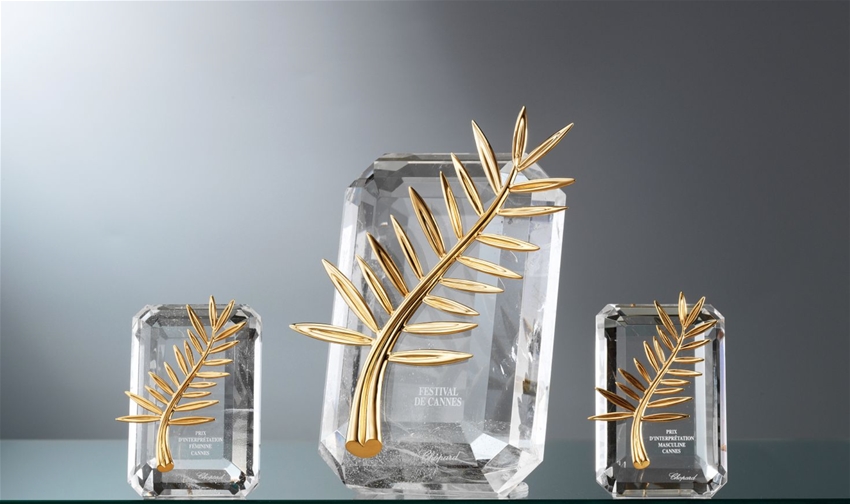 Golden Palm to “Titane” and Honorary Palm to Marco Bellocchio

Marco Bellocchio attended the ceremony to receive his Honorary Palm. Before his arrival on stage, Paolo Sorrentino read a letter dedicated to the maestro. 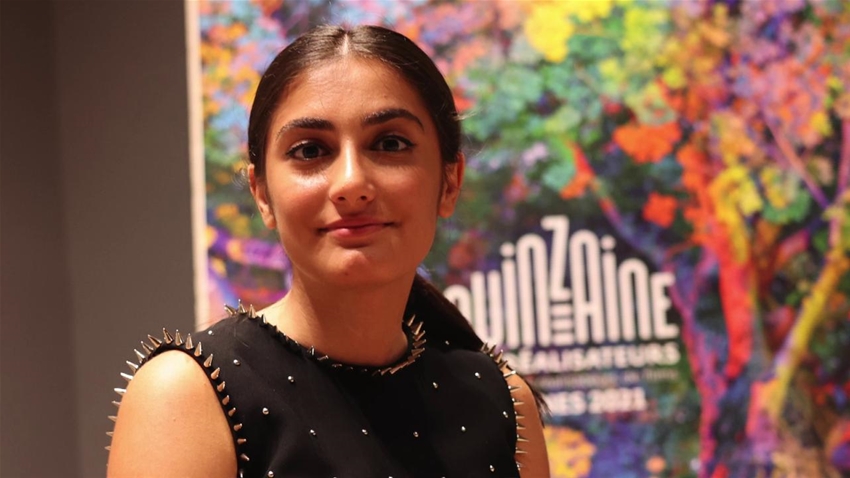 “A Chiara” wins Best European Film at the Quinzaine

Following his 2017 win with A Ciambra, Jonas Carpignano does it again with his new film A Chiara and wins the Europa Cinemas Cannes Label, the prize for the best European film presented in the Quinzaine des Réalisateurs. 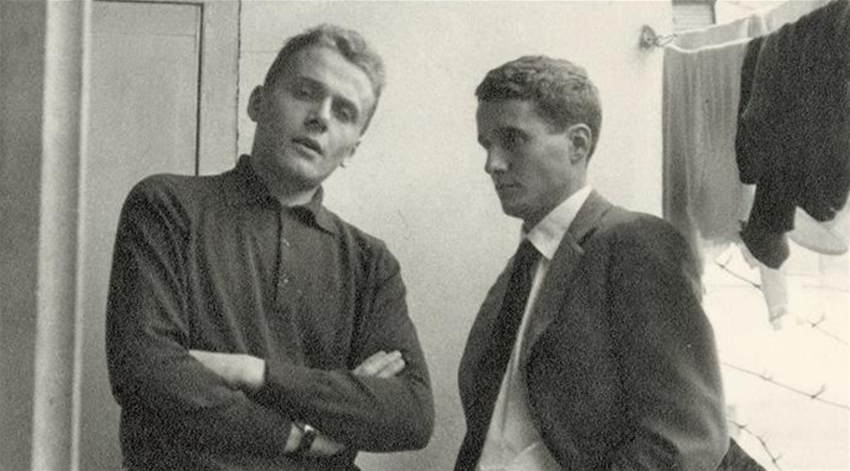 Marco Bellocchio presents his latest work Marx Can Wait in the Cannes Premiere section of the Cannes Film Festival. A film starring his own family and confronting the tragic suicide of his twin brother Camillo. 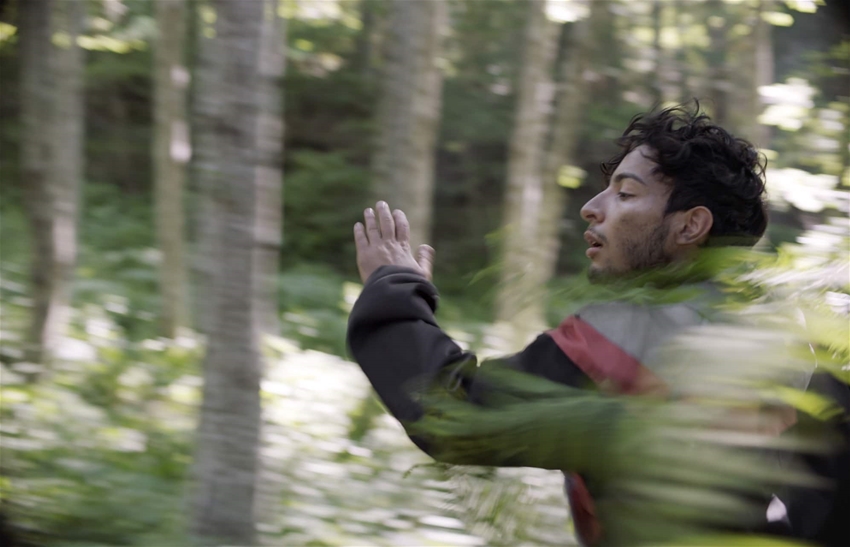 “Europa”: Haider Rashid tells the European dream of the migrants

Presented in the Quinzaine des réalisateurs of the 74th Cannes Film Festival, Europa is the title of the new film by Haider Rashid, Italian director of Iraqi origins.