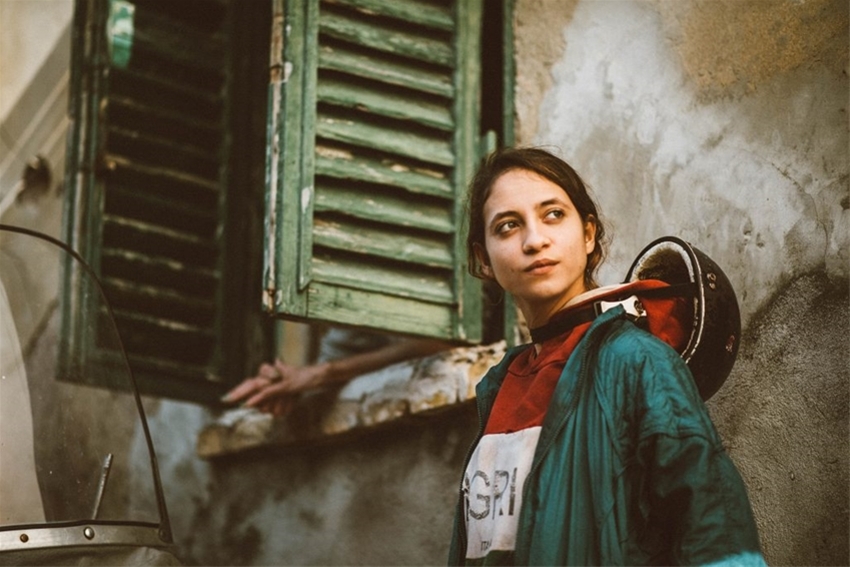 Gioia is 18 and always ready to help the others and her father Bruno. She’s indeed an “anima bella,” a beautiful soul. She lives in a small country town in central Italy. Everybody loves her, but her father risk turning her life upside down with his gambling addiction. Following up on his acclaimed Manuel, Dario Albertini makes a comeback with this intense story shot in 16mm. Presented in the Alice nella città section of the Rome Film Fest, the film stars newcomer Madalina Maria Jekal and Luciano Miele.

How did you find Madalina Maria Jekal, playing the main character?

We had been doing auditions for eight months. In the script, the character didn’t have an exact age, so the range was very large. For the sake of the story, she could have been either 16 or 40. Auditions took place all over Italy, but in the end, nobody really convinced me. We tried to do some street casting too. It was August, so we went up and down the Tyrrhenian coast from Civitavecchia to Grosseto. At the end of the month, totally discouraged, as we were going back to Rome, we stop in Tarquinia to eat some fried fish. Madalina came to take our order, she was working there as a waiter. Her face drags you immediately into the drama, to the extent that we rewrote a few scenes because the intensity of her gaze could make believable certain moments that on paper were not. She lived in Romania until age 5, then she moved to Italy.

The film starts within a particular rural context, that of miraculous water spring around which the girl, her father and various other people live. Then the story moves towards another community, one for the recovery of gaming-addicted people in the big city.

All of my films so far – 5 documentaries and 2 features – have been shot around Civitavecchia, where I settled many years from ago, falling in love with the place. I tried to portray a place that I know very well, populated by people coming from everywhere, as in fact it is a port city. She lives a bit up north, close to the Bolsena lake, but the accent is similar. I know very well the community of the first part of the film. Regarding the second community, the one in Rome, it takes me back to my origins. I’ve been knowing this recovery groups for quite some time, it’s an issue that I know well, but I didn’t want this addiction to be the focus of the film. The world of these characters also includes a mystical dimension. The water spring is an incredible place. In the very first draft of the script, which was very different from the final one, everything revolved around the disappearance of this miraculous water, that in reality exists just like in the film.

Also the character of the father, Luciano Miele, has a very interesting intensity, besides showing a strong connection with the actress on screen.

Luciano Miele is a friend of mine, he made a huge work. He read the script and told me he wanted to be Bruno. But he’s the opposite, very skinny and beardless. I wasn’t convinced he could be the protagonist. However, he asked me for three months, and he showed up again with 20 kilos more and a long beard. He was Bruno then. The three of us locked up in a theatre for one and a half month, in order to talk and know ourselves. We didn’t rehearse, that would have been harmful to the mechanics of acting. In turn, this forged an impressive bond between the two of them. They really connected and I think you can see it in the film.

How did you come up with the small role played by the late Piera Degli Esposti?

The role was originally conceived for Renato Scarpa. But he couldn’t do it in the end, and told me an actress was interested in it: Piera Degli Esposti. It was such a small role that I was embarrassed to propose it to her. Then I met her in her house and it’s been a beautiful meeting. We worked on her three lines for two days. For me, it’s been an incredible lesson. He didn’t want to watch the film on a computer, she’d rather watch it on the big screen. Unfortunately she couldn’t in the end.