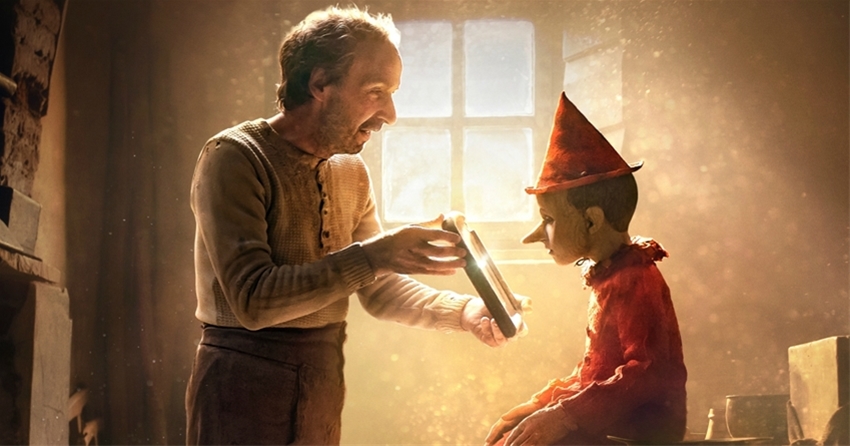 “Geppetto is the super dad par excellence, the world’s most famous one besides St Joseph, both dealing with quite naughty adoptive kids.” These words are by Roberto Benigni presenting the much awaited Pinocchio by Matteo Garrone, to be released theatrically in Italy on December 19th on 600 screens. Benigni adds: “It’s a fun and moving Pinocchio. The best Pinocchio I’ve ever seen.” It means much to the Italian actor-director, who played the titular character himself in a very personal version of the classic story back in 2002, his follow up to Life Is Beautiful, that unfortunately disappointed many expectations.

How’s Garrone’s version? First of all, it is very faithful to Collodi’s original novel. In the words of the director: “My cinema is often associated to dark or violent tones, but in this case I wanted to make a film for all audiences, both for adults and children, preserving the spirit of the original novel and including ironic and light motifs.” The film succeeds in this, but a scary component is inherent in Collodi’s work too. The mise-en-scene recalls a theatre play and the influence of painting on Garrone is apparent more than ever. The sceneries, costumes, lights and characters design are the strongest and most original aspects of the film, especially the woody features of the puppet that manage to combine the tender and disturbing sides of the character, played by the young Federico Ielapi. Rural atmospheres abound, and a strong sense of poverty already belonging to Comencini’s classic version: it’s good to see Happyland not as a modern amusement park, but more as a modest county fair that looks like a real land of plenty through the eyes of the poor country kids. Rhythm is slow and dilated, actors are allowed to move in and out of the scene, and the whole cast – from Benigni to Gigi Proietti playing Fire Eater – is outstanding.

Garrone explains: “I offered Benigni the challenge of a character marked by poverty and the passing of time, and he accepted it enthusiastically. He was extraordinary, generous, and brave. We made a deal about not sharing mutual compliments, but the agreement is now broken. I started drawing Pinocchio when I was six, it’s a story that has accompanied me since then and as a director I couldn’t resist this temptation. With Tale of Tales I started exploring a territory where reality and the supernatural blends, but this film is a different story. Pinocchio’s first illustrator, who worked side by side with Collodi, was Enrico Mazzanti. More than to other films, I was inspired by his work and the Macchiaioli painting. Of course you can see my film influences in the film, I love Tim Burton, but any reference to his work is not premeditated.”

Benigni insists on the Evangelical parallelism: “Both St Joseph and Geppetto have kids who run away from home, die, and then resurrect. They’re two great fathers and I played one too in Life Is Beautiful. I grew very fond of this love story between a father and his child. Geppetto is an iconic and universal character, one who everybody recognize in. Basically, I said yes to Matteo even before he offered me the film. When in the artistic life of an actor you bump into such a character, of course you don’t say no. I worked on it, I grew old for the film’s purpose. When Garrone showed me the first picture from the set, I looked like my grandpa. He’s one of the greatest director. He works like a painter but don’t forget that he’s especially able to narrate through images. He enchanted me. On the set, his feelers were always out as if he was writing the film day by day with a pen. Geppetto’s poverty is the mother of all riches, it’s not only ‘dignified’, but extreme to the extent that life itself looks like a miracle. Pinocchio’s transformation means the peak of richness: coming to life. A real cornucopia. And then Chaplin, the greatest Geppetto and Pinocchio of all time. I took inspiration from him in the scenes of cheese and the tavern. Pinocchio conquers us like Hamlet, Don Quixote, the Iliad or the Divine Comedy. He was born pure and thinks there’s no evil in the world. It’s like the sea, he embraces and wins us with his straight and oblique teachings. The gimmick of the nose that stretches when he lies is worth a thousand Batman’s and Spiderman’s superpowers.” A long part of the press conference was dedicated to the special effects and in particular to the make-up of Pinocchio, curated by Mark Coulier on the design of Pietro Scola, Ettore’s nephew.

Coulier states: “I have worked with face painting before and I knew it is difficult to keep a kid still for ten minutes, let alone for three hours as in the case of Federico. But he really is a little star already.” It is surprising to see comedy actor Massimo Ceccherini – playing the Fox alongside Rocco Papaleo the Cat – credited as co-scriptwriter. Garrone states: “We started working on the Fox then went beyond it. My original script was extremely faithful to Collodi’s, but by working on the other characters we realized we could change something to make it funnier. In this way Massimo has become a key figure.”

Proietti adds: “I like the comparison between Geppetto and St Joseph. They were both carpenters. As for Fire Eater, he could have the film all for himself. His story is the story of a lonely man, surrounded by puppets, until one day he finds a special one, moving without strings, who saves and redeems him. Garrone convinced me by showing a photomontage of myself as Fire Eater. I also looked a bit like Rasputin, and I loved it.” In the words of Garrone: “There are many keys to reading Pinocchio. To me, it’s a father-son story and a story of redemption. I didn’t want to insist on the nose and the lies. In Collodi’s book there’s only one iconic scene in which Pinocchio’s nose stretches. I just used that one. And then there’s the animal element, because all of the animals surrounding Pinocchio are allegories of something, so we had to decide how far we could go with each one’s anthropomorphism. Collodi had it all already, we didn’t have to invent anything. What I’m good at, is working with the right people. As for the locations, I never felt I could work in Tuscany only. I just looked for the places and the atmospheres that fit both the characters and the story.” 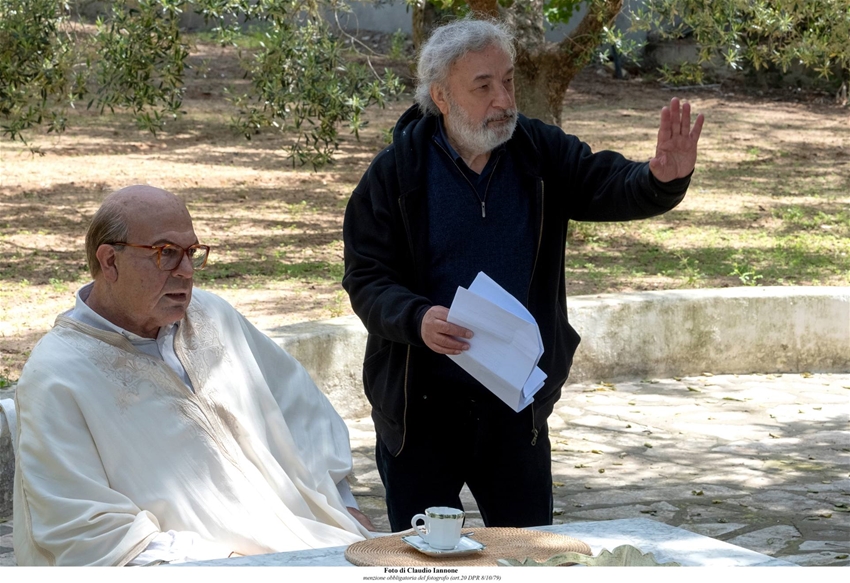 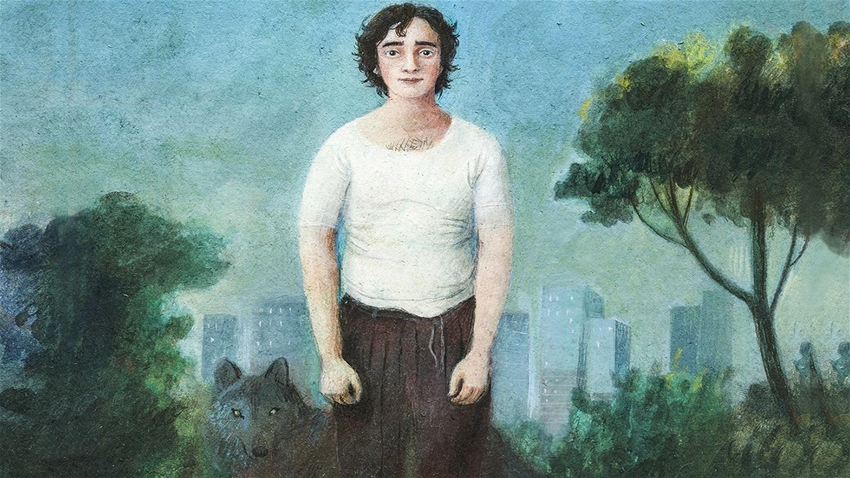 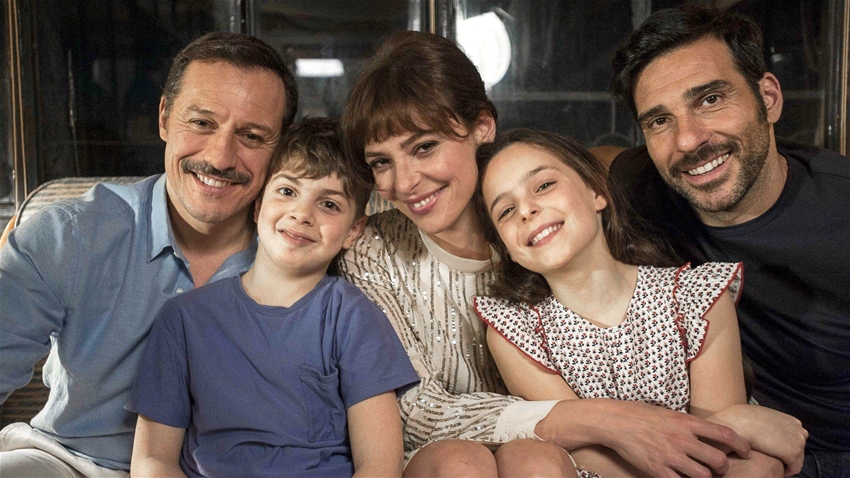 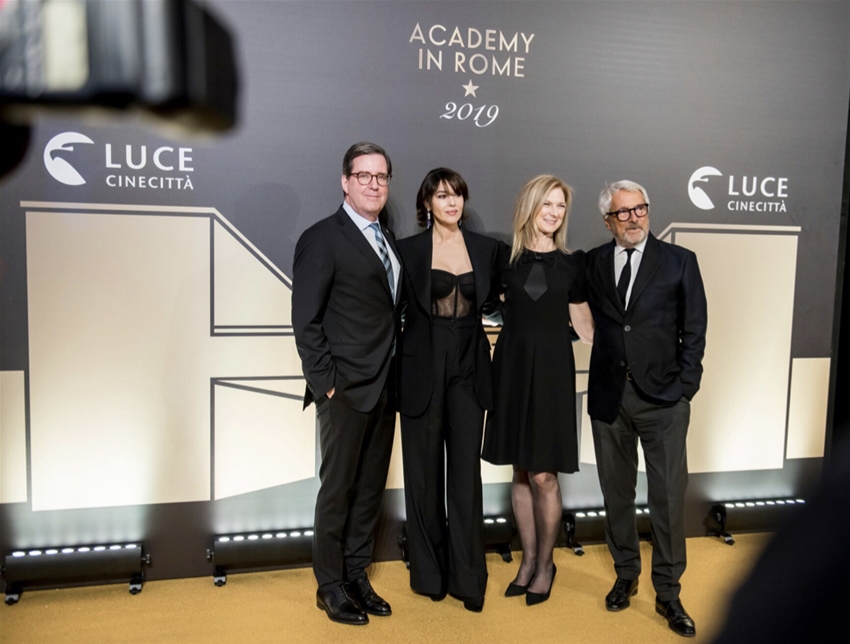