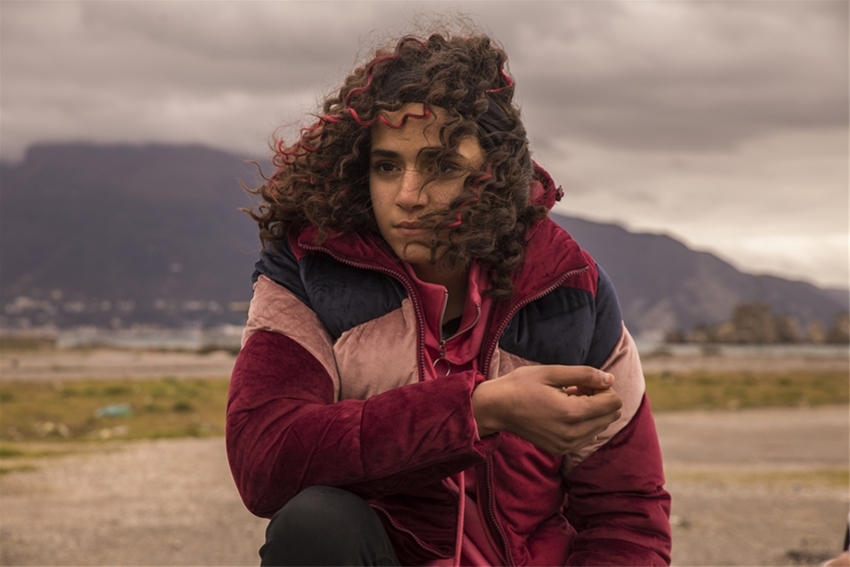 By celebrating the memory of the late filmmaker Valentina Pedicini and actor Libero De Rienzo, the sidebar section of the Venice Film Festival, Giornate degli autori, turns 18 this year. To be held from September 1st to 11th, the line-up includes a competition of 10 titles, including Alessandro Cassigoli’s and Casey Kauffman’s first feature Californie, starring Khadija Jaafari, Ikram Jaafari, Maria Amato and produced by Rai Cinema and La Mansarde Cinema. Shot over 5 years, Californie is the story of Jamila, a Moroccan girl living in a port city of Southern Italy. At 9, she has dreams, reference models and curiosity towards life, but hardships and marginalization make her progressively more diffident. She starts idealizing her country of origin, and quits school to go working in a hair salon. The directors’ previous award-winning film, Butterfly, tells the story of boxer Irma Testo, who just won at the Tokyo Olympics.

General Delegate Giorgio Gosetti and Artistic Director Gaia Furrer presented a program rich of events. Regarding the jury presidents Mina Mileva and Vesela Kazakova, Furrer highlights that they are “women, feminists, directors. Their cinema is emphatic, provocative, clever, raging, ironic, vital, and fully honest. I love to think that these same adjectives can describe our line-up as well.”

The issue of identity is key in all of the selected titles. Virginie Efira plays a woman with a double identity in the Hitchcockian thriller Madeleine Collins by Antoine Barraud; two young lovers roam through the streets of a Chinese city during the lockdown trying to reinvent themselves in Chen Guan’s Shen Kong; a sound designer (played by Marta Nieto, Best Actress in Venice Orizzonti with Madre) suffers from a mysterious neuro-acoustic illness and is forced to reconsider her whole life in Juanjo Giménez’s Tres; a policeman unexpectedly finds love in Deserto particular by Aly Muritiba, a queer melodrama that implicitly links toxic masculinity with Bolsonaro’s Brazil; a girl in a rehab center for drug addicts unveils power dynamics within the group in Monica Stan’s and George Chiper Lillemark’s Imaculat; the grieving process and the friendship among women as a new starting point in life in Ivan Fund’s Piedra noche; a young woman assisting his dying father sets off on journey through the memories of her life in Ola Jankowska’s Anatomia; Adnan, a man feeling like foreigner in his own world, is the protagonist of the first film shot on the Golan Heights, a Syrian territory occupied by Israel since 1967 in Ameer Fakher Eldin’s Al Garib; Hasna, French of Maghrebi origins, is the protagonist of Dina Amer’s Tu me ressembles inspired by the figure of Hasna Aitboulahchenm, cousin of the mastermind of the Bataclan attack in Paris in 2015.

Cinema as both private and public memory is at the core of three documentaries out of competition. Bianca Stinger, Dutch historian and cultural critic, examines a short amateur film shot in 1938, the only filmed document of a Jewish-Polish village that was wiped out during the Second War War (Three Minutes. A Lengthening, narrated by Helena Bonham Carter and produced by Steve McQueen). French-Israeli director Michale Boganim is back to Venice ten years after her debut La terre outrage with a very personal road movie that tackles a taboo of the Israeli society: the discrimination against Jewish people coming from the Arab countries (Mizrahim, les oubliés de la terre promise). After winning Best Film in Orizzonti in 2016 with Liberami, Federica Di Giacomo is back with Il palazzo, the intense portrait of a community of friends who, like in a documentary version of The Big Chill, get together after many years to celebrate the untimely death of one of them.

Among the special events out of competition, three Italian films dealing with music, theatre and the arts. Senza fine by Elisa Fuksas is a portrait of singer Ornella Vanoni; Il silenzio grande is the third film by Alessandro Gassmann, adapted from the eponymous theatre piece by Maurizio De Giovanni; Lovely Boy by Francesco Lettieri is the Closing Film and the story of the fluctuating fortunes of a Rome-based trapper.