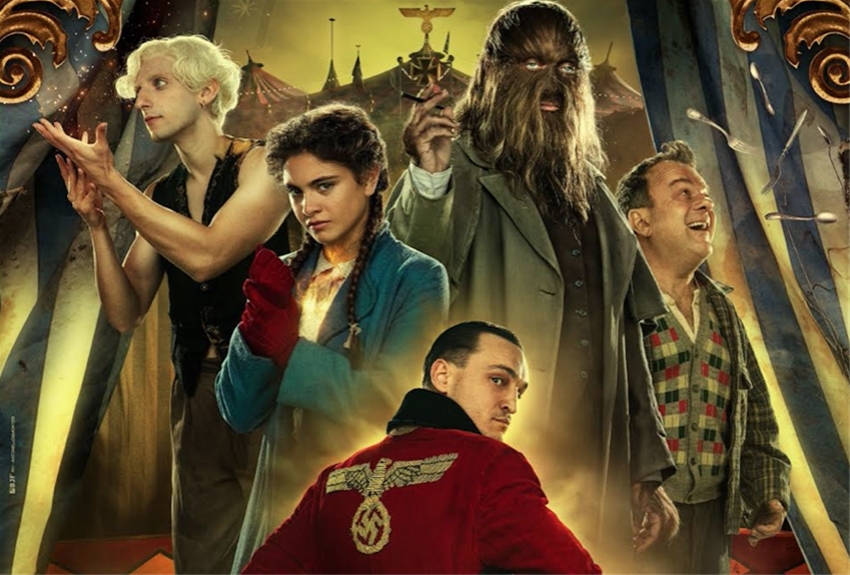 “We resisted the idea of making a big-budget film as much as possible, thinking that it could have been a later project for Gabriele, but the story struck us immediately and so we started building up an international coproduction, with Rai Cinema on board. The production has been long and complicated, but I believe it’s a film whose scope and quality are rarely seen in Italy,” states Occhipinti.

From the enchantment of the circus magic, after a dreamy gallery of fascinating visual sequences, after a rain of golden lights, the war in the occupied Rome breaks the circus bubble and the film gets into the city. Here we find Franz (Franz Rogowski), sublime piano player of the Zirkus Berlin, a freaks with six fingers, obsessed by the Fuhrer and the ether experience.

The immersive narrative allows Mainetti to play with his mise-en-scene, which is always fluid and masterly handled. “Freaks Out literally means “to go crazy”, as it happens to the protagonists. Our freaks are thrown out of the circus world, so there are “out” also in this sense. I tried to build the narration as a polyphony of stories, which allows the skilled viewer to go deeper,” comments Mainetti. “The idea of men behaving like monsters, and of monsters behaving like men, made our eyes shining,” states scriptwriter Nicola Guaglianone.

The war is lurking and fleeing is a necessity. Isdrael suggests to go to America, while Fulvio suggests to join the German circus, but when the master disappears, the real adventure begins, between action-packed moments and walks through the war-torn Rome. Up until the moment when Matilde is assaulted /saved by a group of partisan freaks, a sequence that reaches its climax singing Bella ciao.

“If They Called It Jeeg was a preliminary survey, this film is the watershed moment of a phantasmagoric kind of cinema, able to handle a blend of genres as in our traditional comedy. The characters have to become extraordinary, but they really do so by helping the others. Together with Gabriele, we always think of the past of each character, something which is not part of the film, but that exists and influences his behavior What we did was to build a mask with a multi-layered soul,” explains Claudio Santamaria.

The film is also a homage to the history of cinema, with references spanning from E.T. to Peter Pan. “This film is something that we’ve never seen before, in which the script, one of the best I’ve ever read, is build within a huge and colorful spectacle. Every character embodies a full landscape of ideas. For me, this experience was like a master degree in acting and mise-en-scene. Looking at how Mainetti managed to keep his vision has been exemplary,” states Pietro Castellitto.

“The female element is key. Aurora faces a transformative journey, a little girl who turns into a terrifying angel, who illuminates them all in the final act. Matilde turns into an adult and, through her diversity, she liberates herself as a woman. Her tormented past influences her present: she’s a fragile girl and an unknowing warrior, too,” states Aurora Giovinazzo.