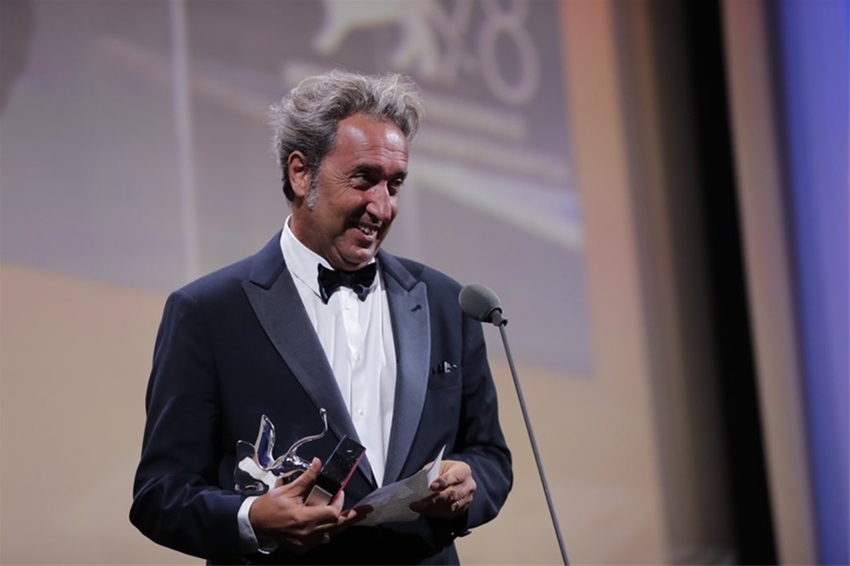 Italian cinema is the winner of three awards in the main competition of the 78th Venice Film Festival. The jury headed by Bong Joon-ho and including Saverio Costanzo, Virginie Efira, Cynthia Erivo, Sarah Gadon, Alexander Nanau, and Chloé Zhao bestowed the Special Jury Prize to Michelangelo Frammartino’s Il buco, and two prizes to Paolo Sorrentino’s The Hand of God: the Silver Lion – Grand Jury Prize, and the Marcello Mastroianni Award for an emerging actor to Filippo Scotti.

Minister Dario Franceschini comments: “Italian cinema is in good health. Thanks to President Cicutto and Artistic Director Barbera for this very successful edition that, for the second year in a row, proved to the world that culture can be made safely. Five Italian films in competition, and many others in the other sections, from great masters to up-and-coming talents, the awards to Paolo Sorrentino, Michelangelo Frammartino, and Filippo Scotti confirm that we must invest on the film industry, just like the government is doing.”

On stage, Frammartino thanks “the Italian speleology that takes care of the darkness and of everything that has not yet a shape. I also wish to thank Calabria, Italy’s most beautiful region.” He further adds: “Every film is complicated, but this one entailed a physical challenge too: sometimes we needed 10 hours to go down the cave. The film was convinced before these past two, difficult years: I’ve being trying to do a certain work of subtraction, also of words, for quite some time now, my cinema is about exploring. I hope it can be an immersive experience when it is released in cinemas.”

Jury member Chloé Zhao comments: “We were all very moved and impressed by Il buco. It’s an experience to be done on the big screen, a beautiful meditation on life, on the relationship between nature and mortality. My grandma passed away recently and watching this film has been a transcendent experience. We had a physical reaction to this film, each one of us felt something in the gut while watching it.”

Rai Cinema Managing Director Paolo Del Brocco adds: “Il buco by Michelangelo Frammartino shows images never seen before, and tells something else, something far from everything. A work pushing itself beyond geographical and light limits, dragging us into the extreme experience of an adventure that took place over 60 years ago. Our congratulations to the director for his courage of experimenting with a kind of pure and essential cinema that manages to catch the attentional of international audiences, too. Rai Cinema has been on his side since his debut, sure of the importance of supporting and strengthening one of our editorial lines, that dedicated to contemporary research in cinema.”

Paolo Sorrentino presented his most intimated and autobiographical film, and accepted the award with a mix of emotion and irony: “With this award I can finally reply to those who ask me why I made yet another film with Toni Servillo: look how far I’ve gone by making films with Toni Servillo!” Then he mentions two scenes that did not make it into the final cut, one remembering Maradona, “the other one was about the funeral of my parents, when the school principal only allowed four of my classmates to attend the function. That’s no longer important now, because today the whole class is here!” After receiving the award on stage, the director added: “I’ve just understood now, after many years, that cinema is when I feel comfortable in the world, between the moment I say ‘action’ and when I say ‘cut’. What this film gave me is something that is releasing slowly, I will know better in a few months. It’s not liberating and it’s not therapeutical, but I’m talking so much about with you all my grief that I’m sliding into a quite happiness. I’ve discovered simplicity, something that many people call maturity. It’s just normal to understand with time that some things are just not necessary and maybe in due time I’ll make more simple films.”

Sorrentino is also proud of Filippo Scotti, winner of the Marcello Mastroianni award. The actor stated: “I’m honored, just like when Paolo chose me for the role. This prize is beautiful and heavy! It’s wonderful.” He then added: “It’s hard for me to believe I really made this film with Paolo, and even more so now as I’m sharing this award with him. My vocabulary is not enough to describe my emotions, but thank you, thank you, thank you.”

SILVER LION – AWARD FOR BEST DIRECTOR to:
Jane Campion
for the film THE POWER OF THE DOG (New Zealand, Australia)

COPPA VOLPI
for Best Actor:
John Arcilla
in the film ON THE JOB: THE MISSING 8 by Erik Matti (Philippines)