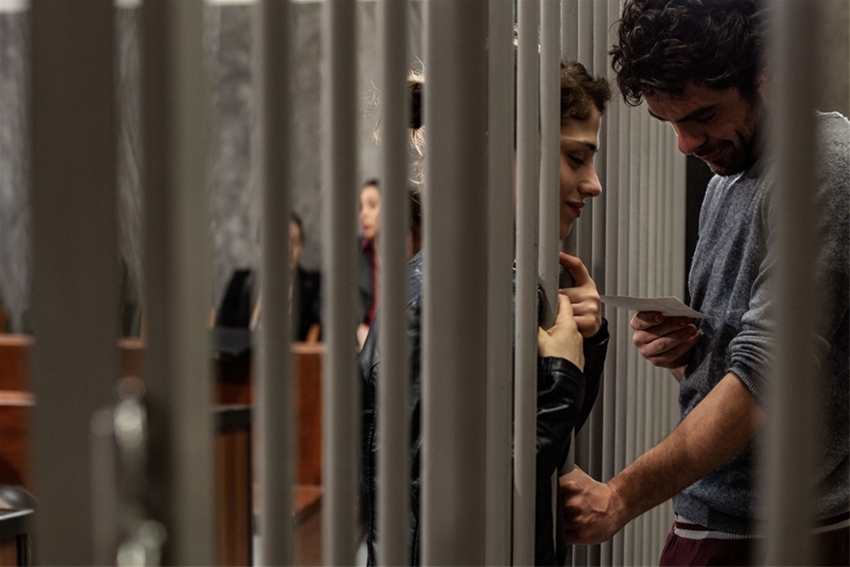 Chiara Bellosi’s Palazzo di giustizia is selected in competition in the Generation section of the Berlinale (February 20th – March 1st). The film portrays a day of ordinary justice in a large Italian courthouse. At the center, in the heart of the building, a hearing: in the docks sits a young criminal and the petrol station attendant who reacted, shot and killed the former’s young accomplice. We see rituals, robes, interrogations, evidences, witnesses. But the film also tells the story of what happens beyond the courtroom: the corridors, offices, ushers, families, children and wives of the accused and of the victims, waiting outside.

The film is produced by tempesta / Carlo Cresto-Dina and Rai Cinema, in co-production with Cinédokké, and will be released in Italy by Istituto Luce Cinecittà. Cresto-Dina states: “Being selected in Generation 14+ to present and discuss Chiara Bellosi’s film in a section dedicated to the younger audiences, moves me as never before: it’s not because talking to the young has become fashionable, but because it’s a difficult kind of audience, suspicious and rightly so. To produce the film, Cresto-Dina enacted EcoMuvi, the only European regulation for environmental sustainability in film production. “We are happy to take this new challenge, and to go ahead with this adventure of making such eccentric and heretic films.”

The Generation 14+ program also includes Marta Anatra’s Progresso Renaissance. The film is an Italo-French production set in Portovesme in the south of Sardinia, a place with many faces: Once an industrial flagship, today an abandoned place of work. A breath of summer idyll has withstood the test of time. In neo-realistic 16mm images and archive material, and with an accentuated soundtrack, the film follows three boys who appear as if emerging from a memory.

Vivo Film’s Marta Donzelli is the producer of Siberia by Abel Ferrara, a full-fledged Italian film presented in the competition of this year's Berlinale.

Two Italian films in the Berlinale Forum, section of the festival dedicated to avantgarde and experimental cinema: Luca Ferri’s documentary The House of Love, and Zeus Machine. L’invincibile, the latest work of the collective Zapruder.

“People would rather die from tumor than hunger.” That’s just one of the shocking lines from Danilo Caputo’s sophomore feature Sow the Wind, presented at the Berlinale in the Panorama section.