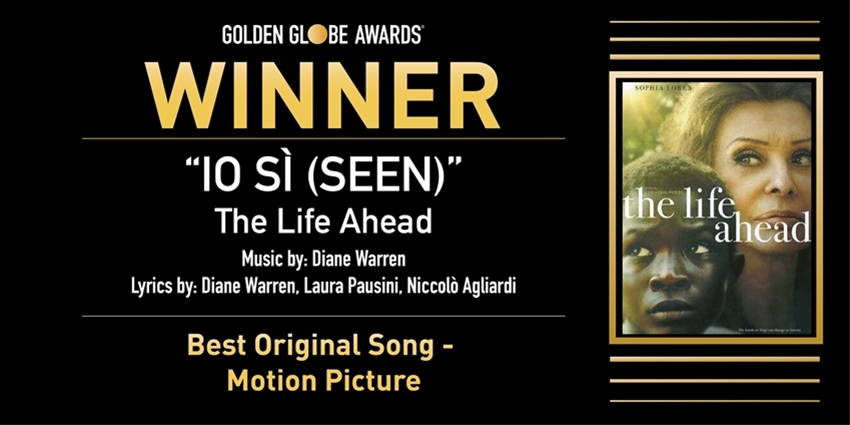 There’s also a piece of Italy at the prestigious award ceremony held by the HFPA – Hollywood Foreign Press Association – dedicated to the best of TV and cinema. The Golden Globe for Best Original Song went to “Io sì (Seen)” by Laura Pausini, part of the soundtrack of Edoardo Ponti’s The Life Ahead. The film was also nominated as Best Foreign Language Film, but the prize finally went to Lee Isaac Chung’s Minari. “I’ve never dreamt of winning a Golden Globe, I can’t believe it,” commented Pausini, also thanking Diane Warren with whom she collaborated for the track. The Italian singer paid tribute to the protagonist of the film: “All my gratitude and respect goes to Sophia Loren. It’s been an honor to give voice to her character and to convey such an important message of acceptance and unity.”

The Golden Globes ceremony 2021 was broadcasted online and, despite some controversy, will go down in history: for the first time since 1984, when Barbra Streisand won with Yentl, another woman, Chloe Zhao, won Best Director and Best Film for Nomadland starring Frances McDormand. Borat won as Best Comedy Film and his director, Sacha Baron Cohen, also won as Best Leading Actor. “Thanks all white,” said the actor, making an ironic remark to the HFPA, whose 87 members doesn’t include a single Afro-american journalist.