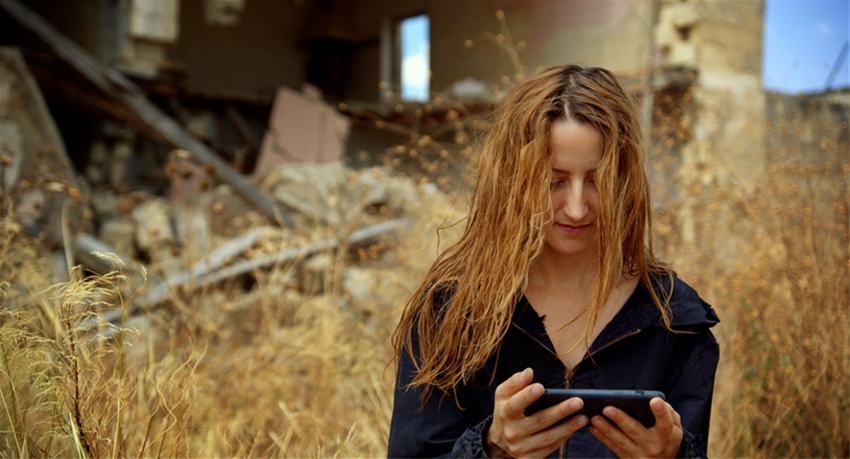 Samuele Sestieri’s sophomore feature Lumina will celebrate its world premiere in the Bright Future section of the Rotterdam International Film Festival (June 2nd-6th). In the director’s words: “A modern tale about love and the images, suspended between sci-fi documentary and coming-of-age.”

The film tells the story of a mysterious woman who wakes up on a deserted beach. She wanders in a world of ruins while perceiving the memory of objects. Like an energy source, she is able to reactivate technological devices that have been switched off for years. In a ghost town the woman accesses to the digital archive of a smartphone belonged to a young man named Leonardo. She learns about images and sounds and their languages, through the videos portraying the relationship between Leonardo and his partner, she discovers Love.

Shot in the abandoned towns of the Basilicata region and some hidden places in Lazio, Lumina “is rooted in faith towards humble and fiercely low budget cinema taking advantage of the many architectural ghosts around the country to stage the weight of loss, absence and emptiness.”

Penned by Pietro Masciullo and Samuele Sestieri, Lumina is produced by Sestieri’s and Pietro Stori’s new-born Studio Ma.Ga., in association with Andrea Gatopoulos’ and Marco Crispano’s Il Varco, and with Mario Cattaneo.