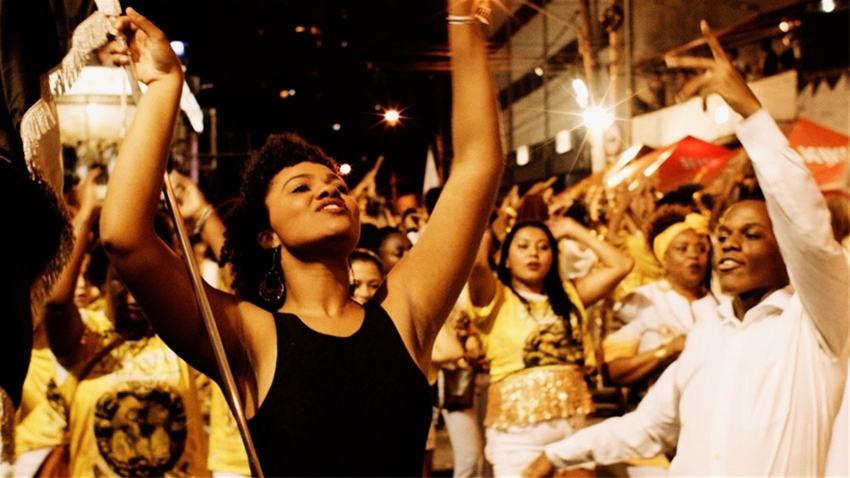 The best of international documentary film is set to take centre stage at the 62nd Festival dei Popoli, which will unspool in Florence between the 20 and 28 November, with over 80 films screening across its various sections and boasting the first Italian retrospective of works by French directorial duo Nicolas Klotz and Elisabeth Perceval. The festival’s opening slot is entrusted to The Tsugua Diaries, which was shot in lockdown by Portuguese directors Miguel Gomes and Maureen Fazendeiro, and which revolves around a film crew who were hard at work on set during the worst phase of the 2020 restrictions. It’s “An off-the-charts masterpiece”, in the words of artistic director Alessandro Stellino, “an artistic gesture which also offers hope for the future, above and beyond the pandemic”.

Stealing focus among the 18 titles - including feature films, medium-length works and shorts screening in Italian and international premieres - jostling within the International Competition, are A Night of Knowing Nothing by Payal Kapadia and Aya by Simon Coulibaly Gillard (both presented in Cannes this year), As I Want by Samaher Alqadi (selected for the Berlinale) and From the Planet of the Humans by Giovanni Cioni (Locarno). Dedicated to young talent, the Italian Competition will showcase 7 documentaries, including the world premiere of Enrico Maisto’s L’età dell’innocenza, a film in the form of a personal diary which also sets out a sentimental journey; Il momento di passaggio by director Chiara Marotta, who decides to return home to face up to the family and religious community which she’d distanced herself from years earlier; and La guerra che verrà by Marco Pasquini, which brings to our screens the slow passing of time which characterises life on the front, in the company of members of the Syrian army.

Five musically-themed documentaries will enhance the festival’s Let The Music Play line-up, ranging from the progressive rock featured in the premiere of Toby Amis’ work in progress In the Court of the Crimson King, which revolves around Robert Fripp and his historical band, to the extreme “noise” of À qui veut bien l’entendre by Jérôme Florenville, telling the stories of some very young people who have been catapulted from school benches into the world of talent shows, in Alessandra Tranquillo’s Fuoriclasse.

Special Screenings on the agenda include The Scars of Ali Boulala by Max Eriksson, which looks at the Swedish skateboarding prodigy Ali Boulala and the tragic accident he fell victim to, and a journey of linguistic discovery in the form of La fabbrica dell’italiano by Giovanni Ortoleva, dedicated to the Accademia della Crusca. Out of competition, we find Caveman – The Hidden Giant by Tommaso Landucci (presented in Venice’s Giornate degli Autori this year), which is dedicated to artist Filippo Dobrilla, who created a sculpture located 650 metres below ground in the entrails of the Apuan Alps.

A focus revolving around the environment is also on the cards, composed of the 5 titles gracing the Habitat section; among these is Composer les mondes by Eliza Levy, which sets out the viewpoint of anthropologist Philippe Descola who discovered a new way of living. Rounding of the programme are the 6 Popoli for Kids & Teens films - a selection of documentaries geared towards children - and the Diamonds Are Forever - Utopia Rossa line-up, which is dedicated to the 30-year anniversary of the fall of the Soviet Union, and which is set to feature titles pulled out of the festival’s historic archive.

A new addition to the festival comes in the form of Pop Corner, which consists of festival talks held in central Florence; specifically, five conversations revolving around gender, imaginary worlds, environments, cultures and generations. And another, final, new addition this year is the Renewable Energy Prize, which will go to the director of Il buco Michelangelo Frammartino, who will also get to meet the public in a masterclass.