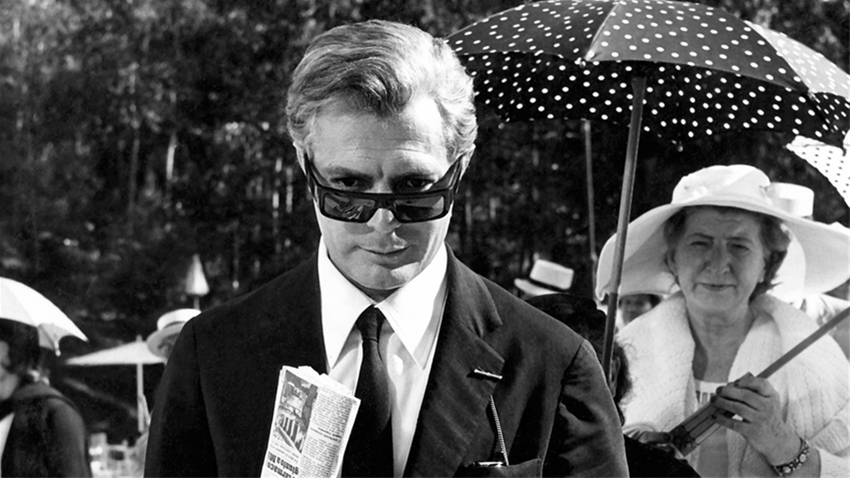 From December 1st to January 12th, at The Roy and Niuta Titus Theaters in New York, Cinecittà and Museum of Modern Art present a complete retrospective dedicated to Federico Fellini, the most celebrated Italian director in the world. The program includes the 4k digital restoration of 21 features and 3 shorts. It kicks off with the semi-autobiographical I vitelloni (1953) and the US premiere of the digitally restored version of La strada (1954), the film that consecrated Fellini on the international scene, winner of the Oscar for Best Foreign Film.

The retrospective is organized by La Frances Hui, from the MoMA Cinema Department, along with Camilla Cormanni and Paola Ruggiero of Cinecittà. “There’s no better tribute to a cinema master such as Fellini than a complete retrospective with all of his films restored in 4K,” states Hui. “The audience, especially the young ones who haven’t screen it yet, will be given the opportunity to discover his work for the first time on the big screen. We are honored to present this retrospective with Cinecittà, the iconic Rome-based studio where Fellini shot most of his films. Over many decades, his peculiar vision took shape from there, and it’s a privilege to celebrate this relationship here at MoMA.”

The retrospective is part of Fellini 100, the program of celebrations for the centenary of Federico Fllini (1920-1993). All of the films have been digitally restored by Cinecittà, Cineteca di Bologna and Cineteca Nazionale, with the exception of Le notti di Cabiria and Lo sceicco bianco, restored by Rialto Pictures.

The Turin-based event dedicated to the audiovisual industry will unspool in person 26 November – 4 December, as part of the Torino Film Festival, and online from 6 – 10 December